The headline from the Wall Street Journal looks like something that could have been written before the turn of the century: “Electronic Trading Surges to 34% of Corporate Bond Market.” The article goes on to read like fake news on social media:

Almost half of corporate bond traders say they spent less of their workday on the telephone last year, as computers supplant the main way the debt has traded for decades. Traders of investment-grade corporate bonds now use electronic networks for about a third of their transactions…

The date on the article is not from a past generation, though. The article is dated January 14, 2020. And it’s real, not fake. 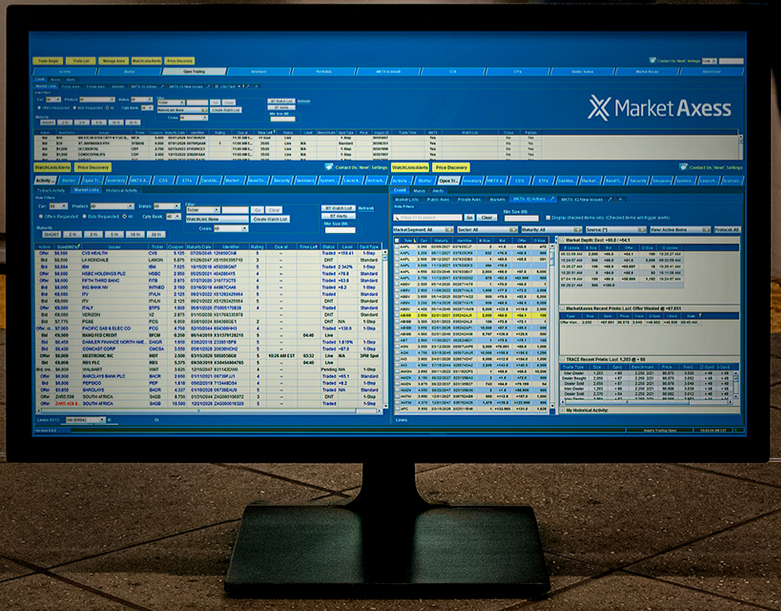 A relatively small amount of revenue, 5%, is derived from data licensed to clients, as well as consulting services, software licenses, and support services.

COVID-19 has pushed more bond traders into the electronic world. The volatility caused by the crisis, together with the need to work from home, has prompted more traders to process orders electronically.

MarketAxess acquired LiquidityEdge in November 2019 for $152.7 million. The acquisition was paid for by cash and 146,450 shares of the company’s common stock. The acquisition added commissions from U.S. Treasuries to the revenue stream.

In September 2020, the company announced the acquisition of MuniBrokers. This will allow expansion into the municipal bond market. Terms of the deal have not been disclosed, but if the last acquisition is any indicator, MarketAxess will avoid debt and will offer a combination of cash and common stock.

From time to time, Tradeweb (TW) is mentioned as a competitor. In his article titled “MarketAxess’ Bright Future Comes at a High Price”, fellow contributor Hide Not Slide contends that the only overlap between the two is in corporate bonds, in which MarketAxess is the dominant player, and in U.S. Treasuries, in which Tradeweb has a stronger edge. The bond market is large enough to accommodate both. He shows the difference between the rest of the two companies’ products by annotating a graph found in SIFMA Insights.

The point here is that MarketAxess has a dominant position in markets that have only begun shifting to electronic trading.

Best of the Best

The company is only one of 19 that passes my strictest screen. These stocks form the core of my portfolios.

Returns must be outstanding to pass the screen. More specifically, the ROE must be greater than 14%, the long-term average of the S&P 500. It also must have an ROA of 9% or greater. MarketAxess more than doubles the first metric and triples the second.

In addition, revenue must have an average growth 10% or more for three or more years, and MarketAxess has done this.

The balance must show good discipline with little or no debt. The two metrics I use for this is Equity to Asset and Net Current Asset Value, or NCAV.

Equity to Asset must be 0.50 or greater. MarketAxess currently stands at 0.72.

The NCAV must be positive, meaning that current assets must be greater than total liabilities, including debt and dividend payouts. MarketAxess has this as well.

Finally, the company must have continuous dividend increases for five or more years. MarketAxess has done increased dividends for 11 years, since 2009.

Valuation and the Rule of 40

The valuation for the stock has been more than enough to give investors pause. Closed End Fund Tracker wrote just a few days ago, “It trades at a forward P/E of 74. At this price, basically nothing can go wrong. I find it psychologically difficult to hold a major position in a stock at such a high valuation.”

Michael Gayed says in his article that the P/E and the P/B imply that the stock is overvalued, “But the markets are irrational, and when investors take a fancy to a growth stock, it becomes tough to make investment decisions on valuations.”

In the article cited above, Hide Not Slide asks, “if it takes 10 years to quadruple market share & revenue, am I willing to pay a ~60x multiple today for that growth?”

It is a fair question to ask. As of this writing, it stands at 74, near the high side for even this stock. The P/FFC is worse.

Even Seeking Alpha’s Factor Grades give the stock an “F” for Value: 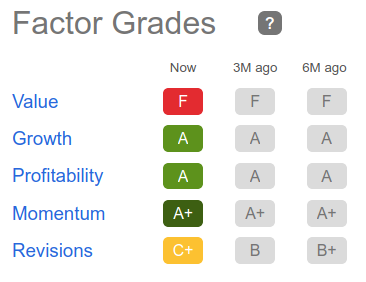 Note, though, that MarketAxess also has an “A” for Growth and an “A” for Profitability. Note also that this is a software company. This may offer reason for the market valuing the stock as it does. Software companies are increasingly measured against the Rule of 40:

For SaaS companies, the Growth Rate is measured in the Monthly Recurring Revenue, or MRR. MarketAxess recognizes most of its revenue in commission rather than MRR, so growth in total revenue is taken instead.

Profit has been more problematic. EBITDA is generally taken, and Angel investor Brad Feld prefers EBITDA margin. For our purposes here, we will use the EBITDA Margin %. (Feld has been credited with popularizing the Rule in a 2015 blog post. He writes in that blog post that he heard it at a board meeting from a late-stage investor.)

As Ryan Telford noted, a key of the Rule of 40 that a “healthy” software company can be unprofitable. This implies that sufficient sales growth produce profitability later. Maintaining the Rule of 40 is, nevertheless, difficult for companies: 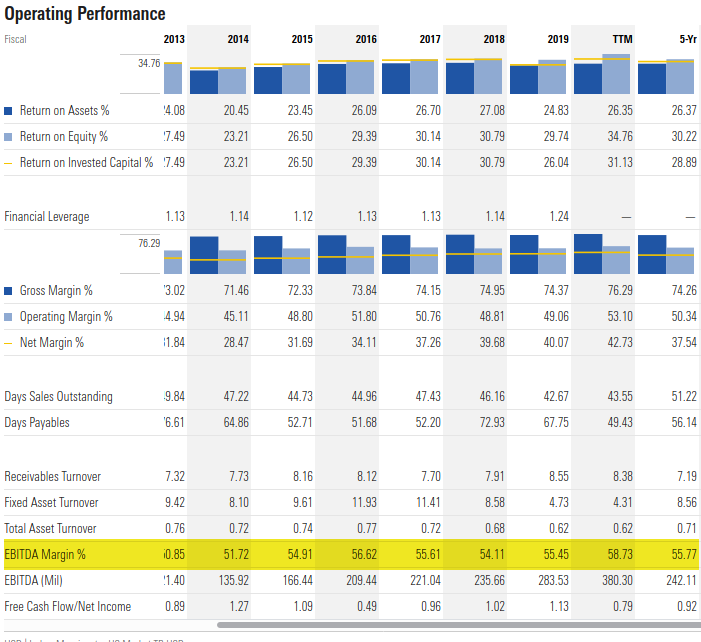 Source: Morningstar Operating Performance table for MarketAxess, with highlighting by the author

The EBITDA Margin % alone passes the Rule of 40 by a wide margin, and has done so consistently for more than five years. But it is still worthwhile to look at the Growth Rate, too. The company recently reported revenue growth of 25% year over year. Adding this to the TTM profit of 58% gives a score of 83, more than double required by the Rule of 40:

This may well be what the market is looking at when valuing the company as it does.

MarketAxess has everything that an investor could want: growth in a niche field, high profit, solid fundamentals, and a growing dividend. The valuation alone scares off investors. The P/E and the P/FFC is indeed at historical highs. But the company is one of the best at passing The Rule of 40.

The stock price appears to be coming down from a peak.

For this reason alone, I recommend waiting to buy in. Just do not wait too long. MarketAxess stock has been going up for two years, and there is no reason to think that it will stop now. Long term, the stock is a buy.

Disclosure: I am/we are long MKTX. I wrote this article myself, and it expresses my own opinions. I am not receiving compensation for it (other than from Seeking Alpha). I have no business relationship with any company whose stock is mentioned in this article.

Previous PostSE: Equities Will Suffer Most in the Event of a Selloff, JPMorgan SaysNext PostGermany’s regulators were ‘deficient’ in Wirecard scandal, says Esma