A Couple of Notes on Kirznerian Entrepreneurship 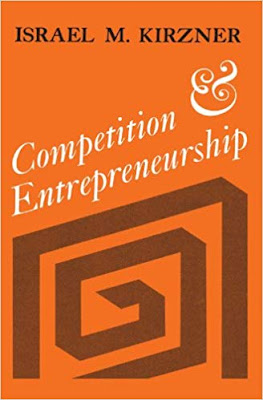 At the post, Why Israel Kirzner Should Be Awarded the Nobel Prize in Economics, some commenters have added observations that require discussion.

Wrong. Everyone sees opportunities. Those that risk capital to pursue them are taking unusual risks and are entrepreneurs. Kirzner’s definition is like calling anyone who has ever dribbled basketball a “Basketball player”. Its meaningless

VS has slyly entered a claim that is not part of Kirznerian entrepreneurship.

When Kirzner is discussing entrepreneurship, he is talking about acting man and not someone who just sees opportunities. That is, Kirzner’s entrepreneur is acting on the alertness hs spots.

Kirzner writes in Competition and Entrepreneurship  (my highlight):

The profit opportunities represented by such price differences open up a dimension for purely entrepreneurial activity which requires the entrepreneur to contribute no resources whatsoever. This activity will consist exclusively and buying resources and selling products.

BE also fails to understand that Kirzner is talking about acting man, when he writes:

Entrepreneurism is complicated. Kirzner has identified one element in “alertness to opportunities.” But one of my favorite entrepreneurs, Dennis Felix observed that ideas are a dime a dozen. The key to success is in the execution of the idea.

Austro-Punk attempts to reintroduce the element of risk into Kirzner’s entrepreneur which is not there:

AP here fails to understand that Kirzner is discussing the pure category of entrepreneurship and not a combination with other productive factors that are most often found in the real world.

A capitalist, for example, may have to make phone calls, write checks, etc. which are labor but when an economist is discussing the pure capitalist, he is discussing man acting in the sense of providing capital and nothing else.

When Kirzner is discussing the category entrepreneurship, he is not considering the risks associated with ancillary labor etc.

A further note: I am also having an email debate on Kirznerian entrepreneurship with Dr. Walter Block which I will publish in a separate post.