It’s clear that 2020 has been an incredibly difficult time for oil companies. However, despite those difficulties, its also been a time for companies to test the strength of their established business improvements. Petrobras (NYSE: PBR) is still more than 80% below its 2007 highs, however, as we’ll see through this article, 2020 reveals the strength of the company’s businesses. 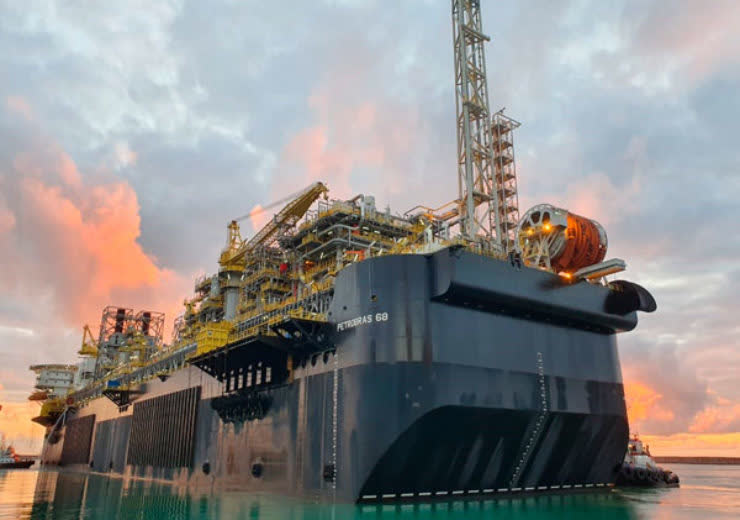 Especially supporting the company’s exploration & production is the company’s pre-salt oil growth. The massive Buzios oil field has reached 640 thousand barrels / day of oil production, and the company’s Tupi field is the world’s largest deepwater field hitting 2 billion barrels produced in 11 years. The company’s target is to continue growth of these massive projects. 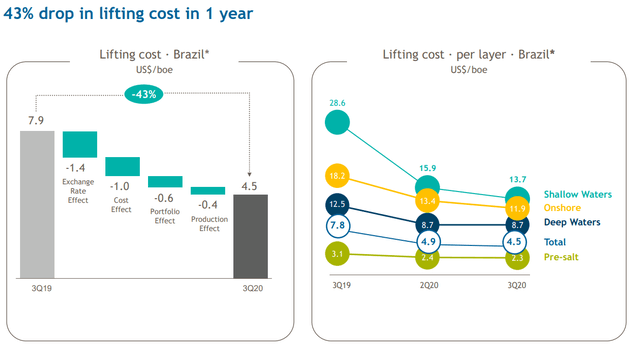 Petrobras has massive to drop costs significantly with a 43% drop in lifting cost in 1 year. The company has cut Brazil lifting costs from $7.9 / barrel to $4.5 / barrel. In all aspects of deepwater oil, the company’s rapid cost declines, especially in pre-salt, are helping its financial positioning to improve. This’ll drive additional shareholder rewards and cash flow.

At the same time, Petrobras’ improving deepwater production has the ability to grow long-term production.

The company expects 6 future production development projects across 12 units. To get an idea of the strength of these, its worth looking at the 8 new units above and how much they’ve supported the company.

The company’s downstream business helps to make Petrobras an integrated company and adds to the company’s potential. More so, it allows the company to capture margins at every step of the process. Despite continued COVID-19 related difficulties, the company is continuing to perform well here.

The company has also found new markets as its exports have remained strong. From 3Q 2019, exports have increased more than 20% YoY supported by rapid growth in oil growth and less modest growth on oil products. The company has focused on increased integration of its assets and refinery improvements so that there’s also less inventories.

Petrobras has revised its impressive production target for 2020 to 2.84 million barrels / day, with a variation of 1.5% either way. The company has continued to have resilient FCF and reduced its gross debt by a massive $11.6 billion QoQ. For a company worth less than $70 billion, this QoQ debt reduction highlights its raw financial strength.

The company has continued to repurchase global bonds, with a massive cash position, and continued cash inflow from divestments. The company has managed to issue new debt at a great rate. The company’s net debt has gone down $7 billion in the first 6 months of the year (roughly 10%). The company will be able to continue these improvements going for.

However, despite these risks, Petrobras has the potential to continue driving substantial shareholder rewards.

Petrobras has an impressive portfolio of assets and its taken a number of intelligent steps to improve its market positioning in recent years and its financial positioning. Unfortunately, COVID-19 had to happen to prove that was the case for the company. However, now that it has, its clear that Petrobras is undervalued.

The company has managed to achieve strong FCF and its rapidly paying off its net debt, while issuing new debt at ever more exciting rates. The company has the ability to drive strong shareholder rewards for the long run, something we recommend investors pay close attention to. Overall, Petrobras is a valuable long-term investment opportunity.

The Energy Forum can help you generate high-yield income from a portfolio of quality energy companies. Worldwide energy demand is growing and you can be a part of this exciting trend.

Click for a 2-week free trial, with an unconditional money back guarantee and 47% off of our popular annual plan! There’s nothing to lose and everything to gain!

Disclosure: I am/we are long PBR. I wrote this article myself, and it expresses my own opinions. I am not receiving compensation for it (other than from Seeking Alpha). I have no business relationship with any company whose stock is mentioned in this article.