12% Yield To Maturity Is Not Worth The Risk For Exterran Corporation Bonds (NYSE:EXTN)

The energy sector has suffered through a double whammy of low prices in late 2015 and the COVID pandemic earlier this year. Midstream infrastructure companies like Exterran Corporation (NYSE:EXTN) have not been immune to the challenges of the energy sector as its customers are investing less in growing their midstream assets and are focused on maintaining their existing infrastructure.

Recently, I was attracted to Exterran’s high-yield unsecured debt. The 2025 maturing bond saw a rapid selloff in the first quarter, and despite a rebound over the summer, the price has held around 85 cents on the dollar. Combined with the 8.125% coupon, the bond is currently yielding around 12% to maturity. Unfortunately, I believe the risks at Exterran far outweigh the rewards for bondholders.

Exterran’s cash flow burn has been quite concerning. Since the first quarter of 2018, Exterran’s free cash flow on a trailing twelve-month basis has been negative. Early on, the cause of this cash flow burn was an increase in capital expenditure investments in the company. While many companies experience good results from investments in capital and physical assets, Exterran saw a decline in operating cash flow starting in the second half of 2019, leading to additional quarters of negative free cash flow. 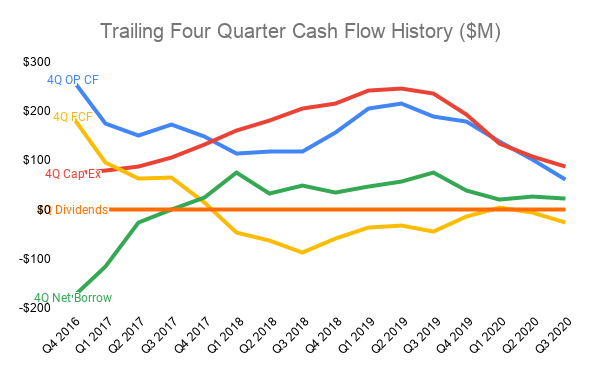 READ ALSO  The Hottest Product At CES Is A Doggy Door 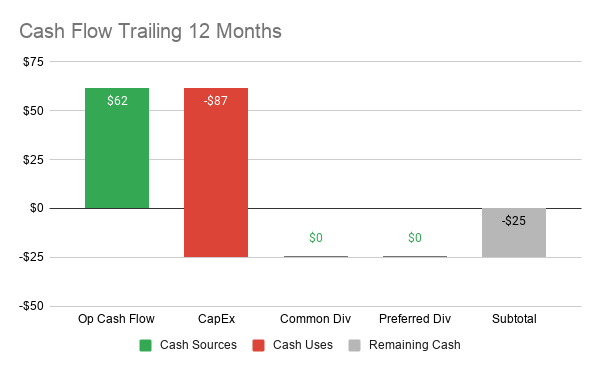 While many investors would look at the reduction in capital expenditures as a good first step to preserving cash and optimistically predict positive free cash flow with the recovery of operating cash flow, my analysis of the balance sheet exposes an additional concern. Since Exterran has not invested as heavily in capital assets, not sold many assets, and its capital expenditures have outpaced its depreciation expense, the company’s property and equipment values have declined.

The problem with asset depreciation is Exterran will need to invest further in capital expenditures before generating positive free cash once demand does pick up. Having aging assets can also erode profitability if the company opts to invest in maintenance and repairs versus asset replacement. Based on these concerns, I believe the debt is simply too risky for debt investors until Exterran can establish several quarters of positive free cash flow with stable capital expenditures.

Want more high yield ideas? Check out High Yield Digest for access to my real-time portfolio with trade alerts, along with company dashboards and exclusive ideas!